15 Youths, Including Girls, Attempt Self Immolation Before Raj Bhawan

**Bhubaneswar:** Commissionerate Police on Friday foiled self immolation attempt by 15 youths, including girls, before the Raj Bhawan in the capital city as they were protesting against the alleged denial of due appointment as constables in the Odisha Police under unreserved category despite orders passed by different courts including the Supreme Court.

Police and Fire Brigade personnel intervened timely and prevented the peeved youths from attempting the illegal self immolation and picked them up from the spot when they had already doused themselves with kerosene.

As per the ‘most urgent’ letter issued by the office of Advocate General of Odisha to the Home Secretary and ADG (Personnel) Odisha Police in July this year citing the Contempt Petition No. 169 of 2013, it has been stated that the Orissa High Court order dated 13.7.2016 had directed for redrawal of fresh selection list of unreserved candidates for filling up 773 posts as per the orders passed by different courts including the apex court.

The court order has also categorically directed the ADG (Personnel) to complete the process by 16.8.2016 also directing that no further time will be allowed by the court as the matter is delayed for a long time and the matter will be listed on 18.8.2016.

The most urgent letter of the office of Advocate General of Odisha also states, “Since there is holiday due to intervening Independence Day and Sunday, it would be appropriate for the contemners to finish drawal of fresh select list as per the court’s direction for filling of 773 posts by 10.8.2016 and if it is desired by the Department of Home, appointment orders may also be issued if there is no other impediment so that a long standing litigation can come to a logical end after 10 years of advertisement and Government will not be further embarrassed in the Court of Law”. 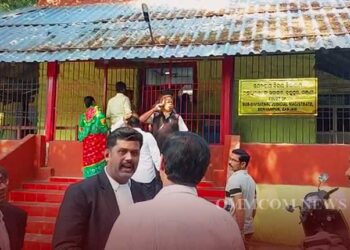