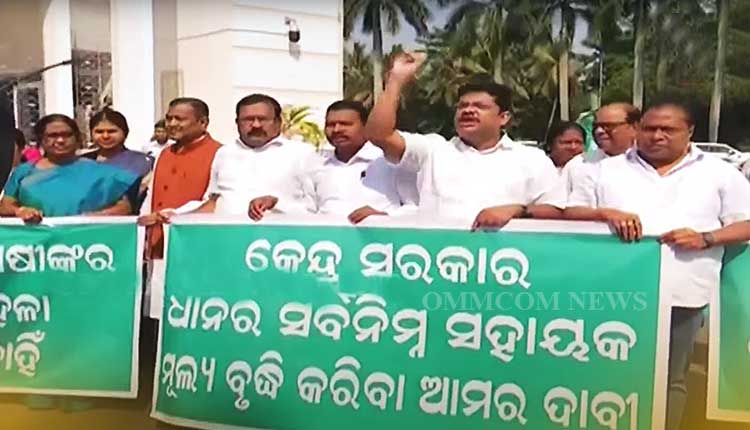 Bhubaneswar: Soon after the Winter Session the Odisha Assembly was adjourned amid ruckus by the opposition parties on Friday, the members of Biju Janata Dal (BJD) staged protest near Mahatma Gandhi statue demanding the hike in the minimum support price (MSP) of paddy.

The BJD accused the BJP-led Central Government of neglecting the farmers. It alleged that the BJP is shedding crocodile tears as members of the saffron party stood in protest alleging mismanagement and irregularities in paddy mandis by the State Government.

Protesting the delay in hike of MSP and extortion of insurance money of farmers by the Centre, the BJD legislators marched from the Assembly to Raj Bhavan to meet the Governor and submitted a memorandum over the issues.