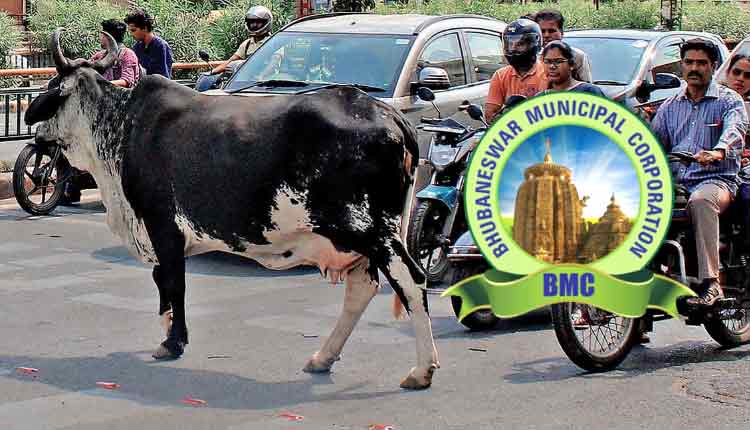 Bhubaneswar: The Bhubaneswar Municipal Corporation (BMC) on Thursday announced banning of cattle movement on main roads of the Capital City.

“Persons allowing their cattle to roam in the City road of BMC will be treated as illegal,” an order issued by the BMC read.

Such cattle roaming in the streets will be lifted and maintained at the Animal Welfare Centre (AWC) at Jamukoli, AWC in and Govind Go Sevashram in Puri, the order further read.

It may be mentioned that stray cattle and stray dogs in the city lead to numerous accidents, injuries and deaths, day in and day out.

The movement of stray animals in the Capital City has worsened as a menace. Cattle cause

“It is observed that several of the road accidents are caused due to direct vehicular hits to the animal or
because the driver of the vehicle had to turn to avoid hitting the animals on road,” the BMC stated.

Animals on the road are accident prone and pose much problems during the night apart from the traffic obstruction during the day.

The order has come as a ray of hope for commuters especially motorists who encounter the stray animal menace on the roads while driving.