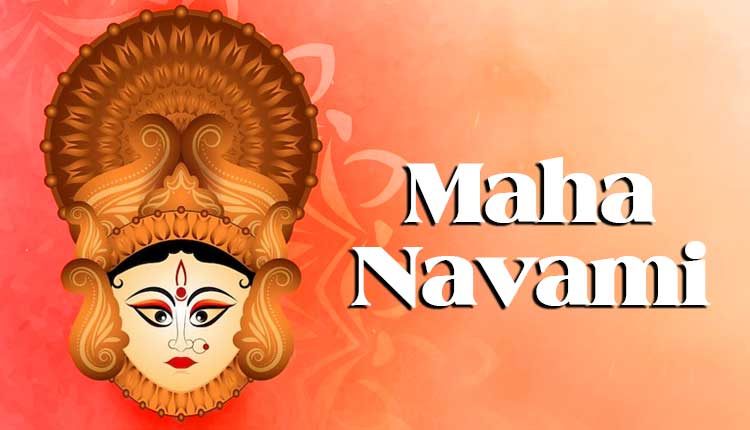 Bhubaneswar: Maha Navami marks the ninth day of Durga Puja festivities and falls on the eve of Vijay Dashami.

Mythology says Devi Durga’s battle against Mahishasur, the king of demons lasted for nine days. The ninth day is the final day before the Goddess won over the evil with her power and wisdom. So Maha Navami is also considered the eve of starting anything new on Vijaya Dashami.

The cusp of the ending of the eighth day (Ashtami) and beginning of the ninth day (Navami) is considered to be the moment when Goddess Durga engaged in a fierce battle against Mahishasura and was attacked by the demons Chanda and Munda.

Goddess Chamunda emerged from the third eye of Durga and killed Chanda and Munda at the cusp of Ashtami and Navami. This moment is marked by the ‘Sandhi Puja’, involving the offering of 108 lotuses and lighting of 108 lamps. It is a forty-eight minutes long ritual commemorating the climax of the battle.

In several areas, animal sacrifice is made to the Mother Goddess. This ritual has become modified to ritualistic sacrifice over the years. The goddess is then offered bhog or prasad.

520 Out Of 4,192 MoUs/LOIs Implemented Before Invest Rajasthan Summit: CM