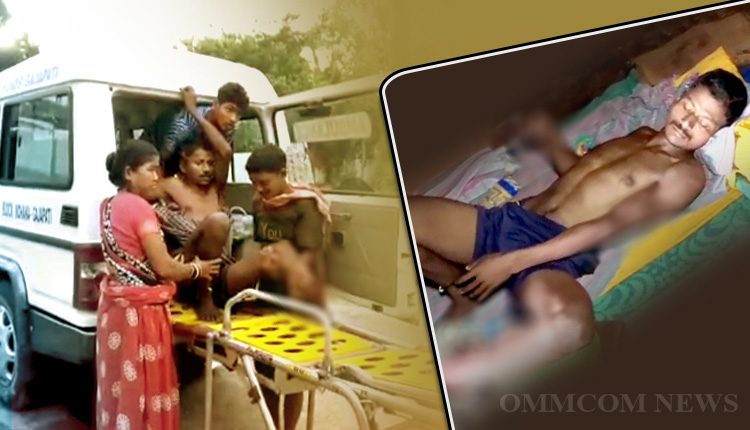 Berhampur: In a shocking incident, a labour contractor allegedly chopped off a palm and a leg of a migrant labourer from Odisha’s Gajapati district when he demanded his wages.

The labour contractor has further threatened to kill the victim and his family if they report the matter to police.

The victim is Sanka Murmu of Kalba village under Adaba police station limits in Damadua panchayat of Gajapati district.

On September 13, five youths from a nearby village lured Sanka to work at a cement factory in Uttar Pradesh promising a monthly wage of Rs 20,000. 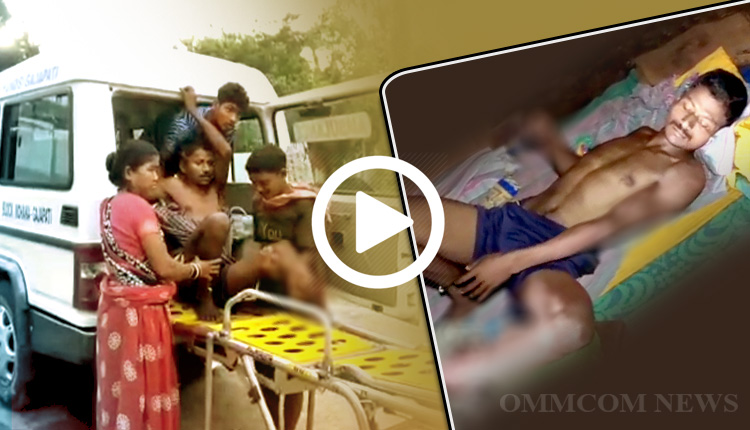 Sushila claimed that the next day Ajit’s father told her that her husband’s leg has be chopped off.

“We haven’t got any money. They dumped him here. Foul smell emanated from his wounds, since I didn’t have money I took him to an Ayurvedic doctor who bandaged his wounds,” Sushila added.

Sanka has alleged that he was told by the youths that they will be going to Delhi for work.

Sanka said that the middlemen of the labour contractor had told them that they were going to Delhi but we were taken to Jhansi in UP.

“Six of us from here went to Bhubaneswar and from there to Cuttack. Another person joined us at Cuttack. From Cuttack on reaching our workplace, we worked for two days. On Sunday we asked for our wages. They said they will look into that. We asked them to pay us at least Rs 500. They gave me two pouches. I drank one of it and came to my room there after taking little rice I drank another pouch and I fell unconscious. When I gained consciousness I found my leg and hand wounded,” alleged Sanka speaking to reporters. He has prayed to the government for help.

The labour contractor and his accomplices have chopped off Sanka’s left leg and right palm.