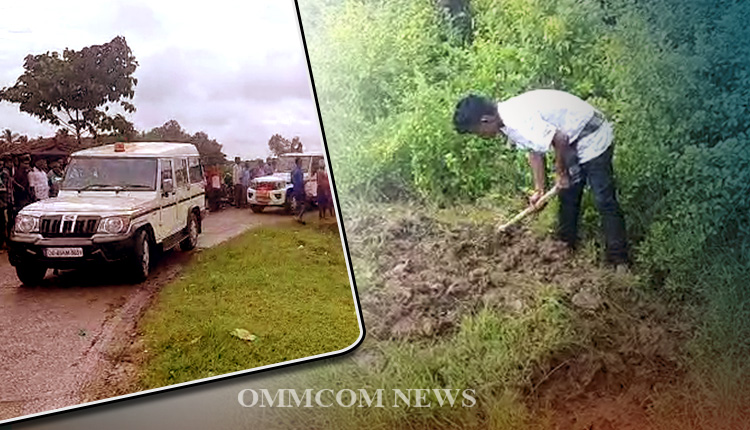 Pattamundai: Pattamundai police have detained a married woman and her paramour for allegedly killing the former’s 3-year-old son.

“On Sunday (2nd October) Sasmita Nath of Matiapada village reported that Laxmidhar Bai had murdered her 3-year-old son. We have registered a case and the matter is under investigation” informed Sandhyarani Behera SDPO, Pattamundai.

Sasmita and Laxmidhar were having an illicit relationship and following a quarrel on Saturday (1st October) Laxmidhar murdered the former’s son.

“Investigations so far have revealed that Sasmita and Laxmidhar had an illicit relationship. They had an altercation on October 1 following which Laxmidhar and Sasmita killed the child,” Behera said.

Following the death of the child, Laxmidhar and Sasmita allegedly buried the body which was exhumed by the police in the presence of the local Tahasildar.

“A 22-23-year-old youth, Laxmidhar Bai along with his lover have killed the boy child. The body is being exhumed,” said Dilip Sethy, Tahasildar Pattamundai.

The truth will be out after the police investigation is over, Sethy added.

According to locals, Sasmita is married to Sukant Nath of Matiapada village. The couple had three children, the youngest being the 3-year-old who was killed. Sukant works in Bengaluru while Sasmita along with the children used to stay in the village.

Reportedly, Sasmita had developed an illicit relationship with Laxmidhar Bai of Guptira village who used to visit their house.