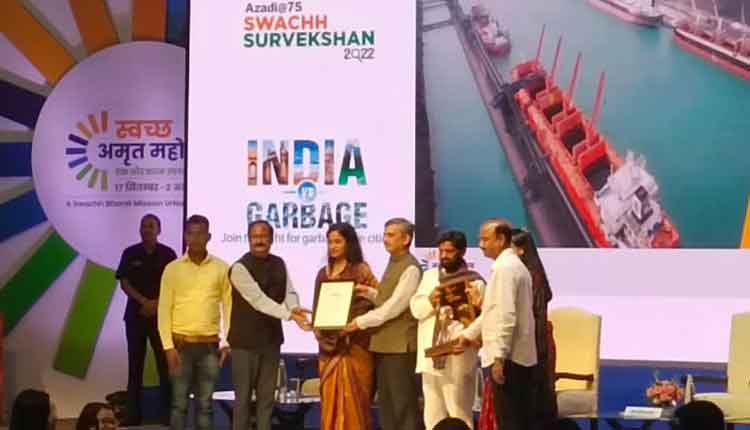 Bhubaneswar: Eleven cities from Odisha have bagged National Awards in the “Swachh Survekshan- 2022 and Indian Swachhata League” which were announced today in the award ceremony held at New Delhi which was graced by President Droupadi Murmu.

Representatives of the award winning Urban Local Bodies (ULBs) along with senior officers of the Housing & Urban Development Department received the awards.

Chief Minister of Odisha Naveen Patnaik has congratulated the award winning cities and the Housing and Urban Development Department for the impressive performance in Swachh Survekshan 2022 and expressed happiness over the efforts of the cities in achieving the goal of Swachha Odisha Sustha Odisha.

Solid and liquid waste management and Sanitation in Urban Odisha has witnessed a transformation and revolution across Odisha. Micro Composting Centres (MCCs) and Material Recovery Facilities (MRFs) together called as Wealth Centres for management of wet and dry waste respectively has given a fillip to the entire Solid Waste Management (SWM) value chain. Similarly, establishment of Septage Treatment Plants (SeTPs) across all the 115 ULBs in the State has been helping in prevention of water and environment pollution in the cities of Odisha.