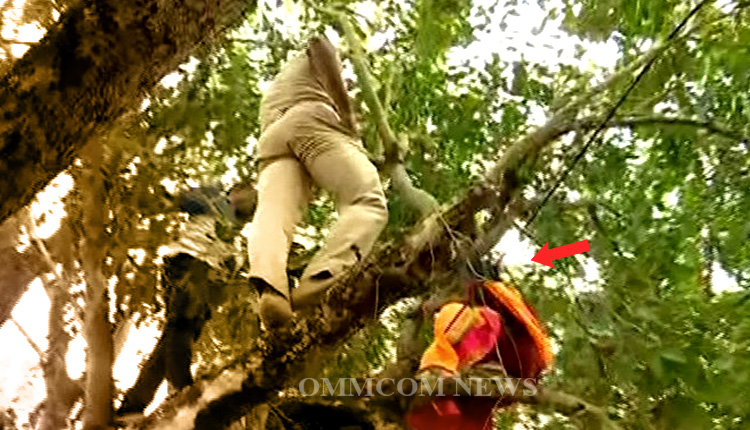 Bhubaneswar: A woman from Bhadrak district tried to end her life by jumping from a tree near the Chief Minister’s residence here on Sunday.

The woman was rescued from the tree by police and fire service personnel. According to the woman, she was protesting against the lackadaisical attitude of police to give her justice.

The security personnel deployed near the Chief Minister’s residence foiled the suicide bid after a brief scuffle with the woman. The Airport police rushed to spot and have detained the woman.

“I have not got justice and it has been long now. My brother was killed long ago. My husband has deserted me but he is yet to provide the alimony. The police have failed to give justice to me. I have lost faith in the police,” she said to reporters here.