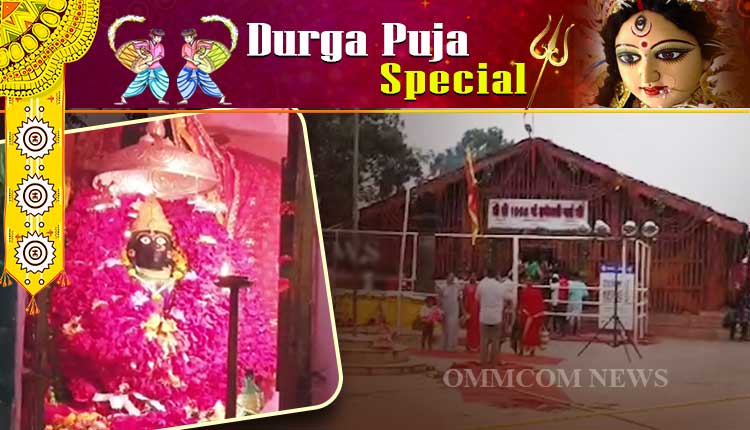 Malkangiri/Dantewada: During Durga Puja devotees tend to visit the Shakti Peethas across the country, where the Goddess is worshipped as manifestations of Dakshayani -Sati, later known as Parvati or Durga. Various legends explain how Shakti Peethas came into existence. One among them is the legend of the famous Danteshwari temple in Dantewada town of Chhattisgarh.

According to Hindu mythology, Goddess Sati, the first wife of Lord Shiva, had committed self-immolation at the Yagna being performed by her father Daksha for insulting her husband. Out of grief and sorrow, Shiva carried Sati’s body, reminiscing about their moments as a couple, and roamed around the Universe with it.

To save the universe and bring back Shiva’s sanity, Lord Vishnu cut Sati’s lifeless body using Sudharshan Chakra into 51 pieces. These pieces fell on earth at various places and came to be known as Shakti Peeths. All these 51 places are considered to be holy lands and pilgrimages.

Legend has it that Danteshwari is where the Goddess’ teeth (dant in Sanskrit) fell. It is said that Dantewada was named after the name of Goddess Danteshwari.

According to another legend, Raja Annamdev, the ruler of Kaktiya dynasty in the 14th century, was blessed by Maa Danteshwari that the distance he covers keeping his face upright would be under his territory. But the condition was, Raja Annamdev must not turn back or else Maa Danteshwari would stop at that place.

As per the instructions, Raja Annamdev walked in front of Maa Danteshwari up to Rajim, the riverside of Pairi, where the sound of her anklets stopped due to sand. Raja turned back and Maa Danteshwari could not accompany him further. It was the place where the temple was established.

The most unique celebration at Danteshwari temple is the Bastar Dusshera which goes on for 75 days. It is believed to be inspired by old tribal traditions.

Will Miss Bumrah In T20 WC, But It’s An Opportunity For Someone Else To Stand Up: Dravid

Will Miss Bumrah In T20 WC, But It's An Opportunity For Someone Else To Stand Up: Dravid

Encounter Breaks Out In J&K's Shopian